We give new
opportunities to
young people who deserve better

We fill the gaps
with unashamed
support, love & care

We currently deliver programmes across the North West and North Wales.

The young people on our programmes refer to themselves as ‘gappies’.

A virtual programme for 16 – 19 year olds. A chance to gain new skills and experiences and with the support of a mentor, build a plan for a bright future.

The best of the best for people with attachment issues

All gappies stay part of the WeMindTheGap family. We offer lifelong support and a safe and trusted person to talk to – whether that’s help with careers, housing, money, wellbeing or relationships.

Do you want to find new opportunities and transform your life?

Can you provide us with work placements for our gappies?

Chloe felt unable to leave the house and was on a rollercoaster of emotions.

She says completing our programme was life-changing, for both her and her daughter.

Today she works for social services and is studying Adult Nursing at University.

Before joining our programme, Shahida struggled with her mental health and feeling isolated:

“WeMindTheGap has given me so many opportunities that I would never have dreamed possible, including winning a six-month place on Raleigh International. Next month I am off to work in Nepal – I can’t wait to tell you how I get on!”

Sophie was still living in the Women’s Aid Refuge when she heard about the programme:

“In March 2017, I passed my induction at PGL with flying colours. I am now working as an instructor on site, helping young people overcome their fears on a day-to-day basis.”

Vicki’s adviser suggested the programme after she’d been on Job Seekers’ Allowance for a nearly a year after leaving college:

Sophie volunteered for work experience at Moneypenny following the programme:

“I had so much fun and loved being part of the team. Diane told the Finance Director how good at numbers I was and after a couple of months, I was offered a permanent contract!”

Lauren became known to Social Services at the age of 10, when her mum’s mental health deteriorated:

“I began to miss school. I was in and out of care until I was 16 and felt frustrated at the lack of care for my Mum and my inability to look after her. From the age of 16 I found myself unemployed and fed up after my contract at Wrexham Council came to an end.” 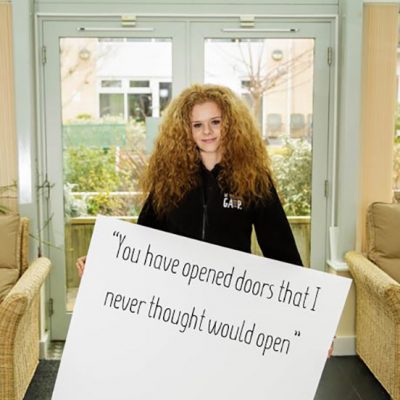 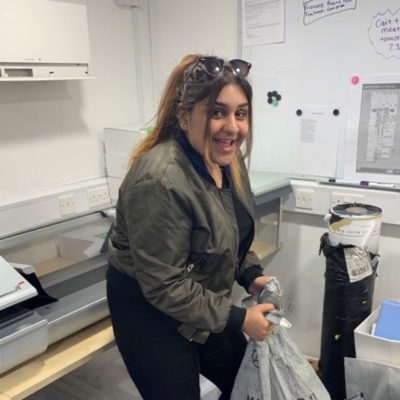 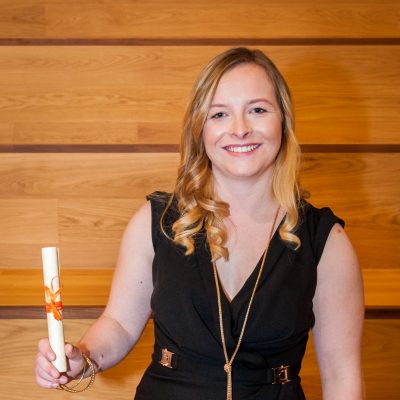 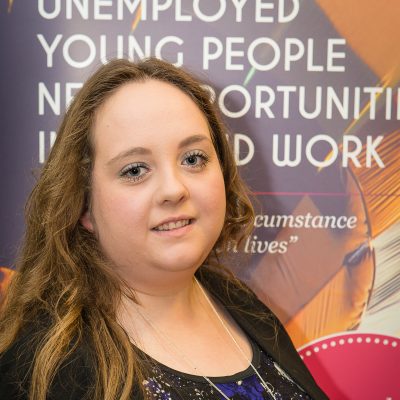 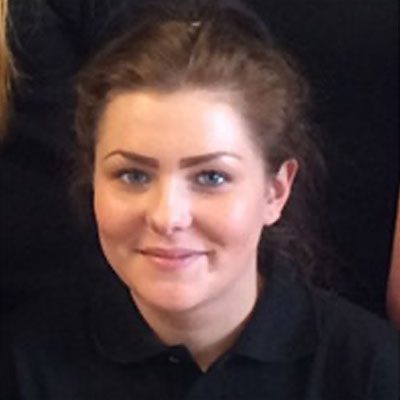 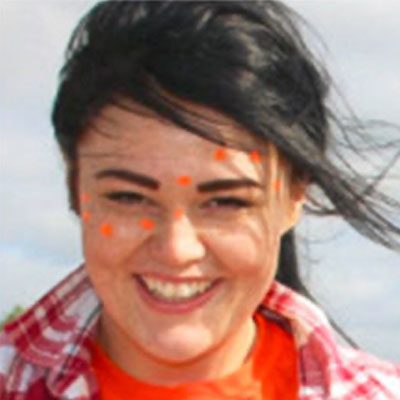 70% of our graduates have remained in successful and sustainable employment, or educational opportunities which means that they have stayed clear of the benefits system.For comparison, on joining the programme, 100% of gappies were on income related benefits.

Not one, not two, not three but four groups of young people from across Wrexham and Flintshire have celebrated completion of our WeGrow programme this week! Graduation celebrations for 30...

Momentum Wines presents its Charity of the Year WeMindTheGap with £3000 towards the Charity’s life-changing WeDiscover virtual programme.

Despite the hardships and uncertainties of this year – all brought into even sharper focus by the new Omicron variant – some businesses are still making a difference to those...

North-West based Alpine Fire Engineers have supported our  work in social mobility over recent times by raising funds, raising awareness of the issues that vulnerable young people face and sharing...

Iqra was shortlisted in the ‘Most Promising Young Person in Manchester (Rising Star Award)’ in the Manchester Young Talent Awards from JCI Manchester. On Saturday night at the Kimpton Clocktower...

WeMindTheGap ·
@WeMindTheGapUK
Are you WeMindTheGap’s next Chief Executive Officer?
Location: Wrexham, Closing date: 28th January 2022
For more info see the brief on our website at https://t.co/kReY9rLSYi or for a confidential discussion, contact, The Good Board through Shivani Patel shivani @thegoodboard.com https://t.co/vZH5qU32FD
View on Twitter 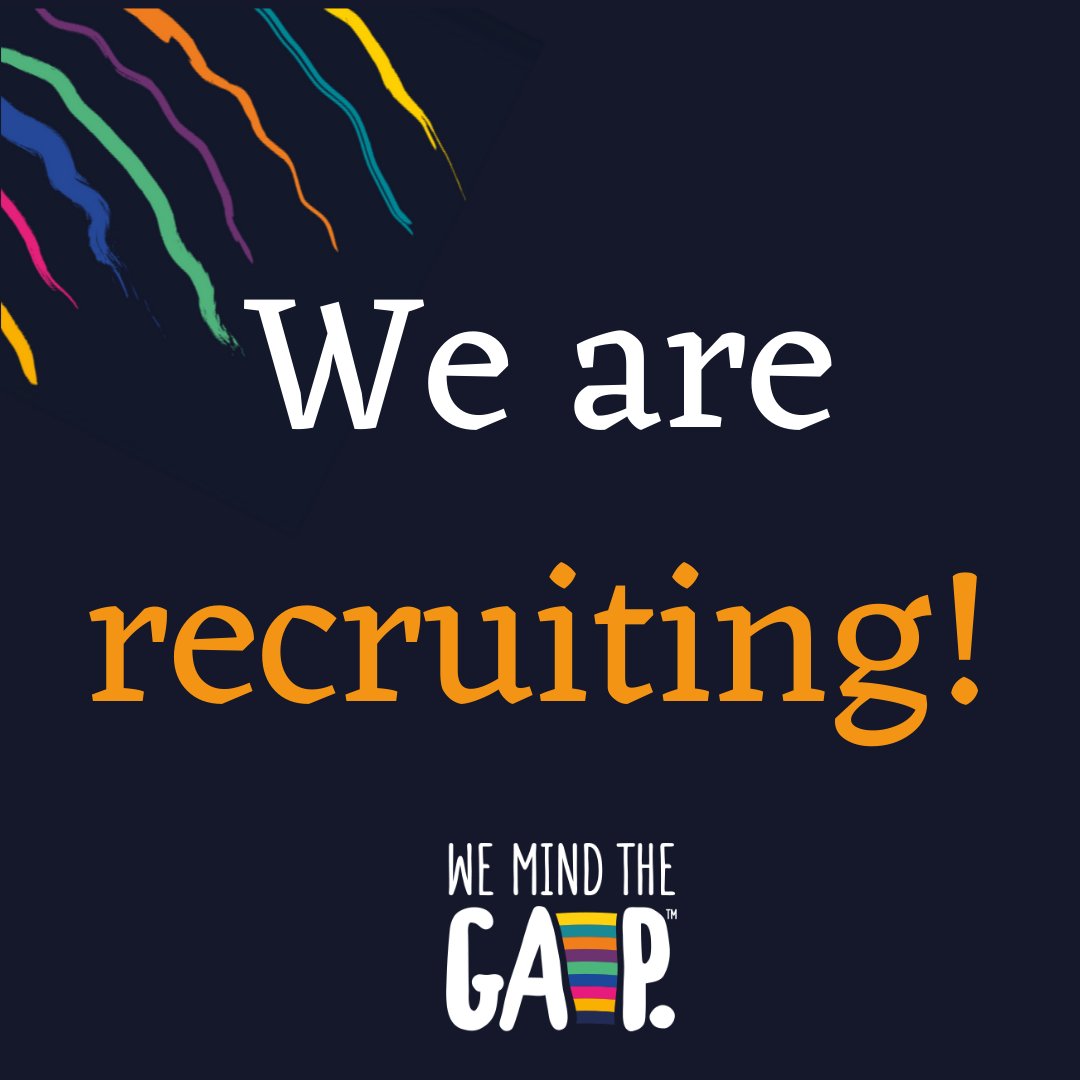 WeMindTheGap ·
@WeMindTheGapUK
Do you know a young person aged 16 – 19 living in Conwy who is feeling isolated and alone and is not sure how to reconnect with the world?
Here’s a great place to start: ‘WeDiscover’ a virtual programme that young people can access from the safety of their own homes. https://t.co/jiSRpLMKZ4
View on Twitter 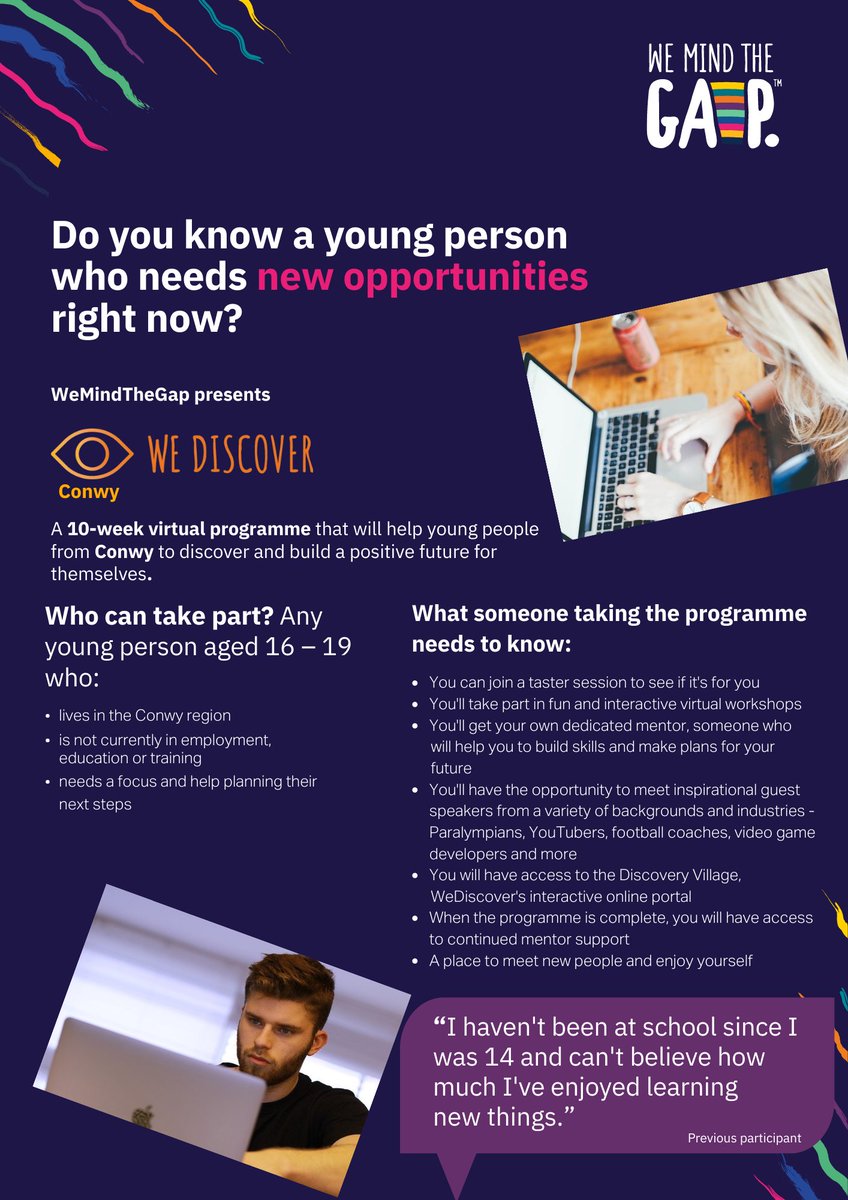 WeMindTheGap ·
@WeMindTheGapUK
👋 Hello again, with your weekly reminder! 📢
Please VOTE for us in the Asda Foundation Green Tokens Giving Vote.
Thanks to the Queensferry store
Voting closes at midnight on the 31st of January 2022.
Simply follow this link https://t.co/WzobEyC4xF click the vote button #charity
View on Twitter
1
0

WeMindTheGap ·
@WeMindTheGapUK
Just before Christmas, @MomentumWines Proprietor Howard Jones presented WeMindTheGap Chair and Founder Rachel Clacher CBE with a cheque for £3,000 towards the Charity's life-changing WeDiscover virtual programme. Thank you, Howard and the team for all of your support. #charity https://t.co/saI23qq7uM
View on Twitter 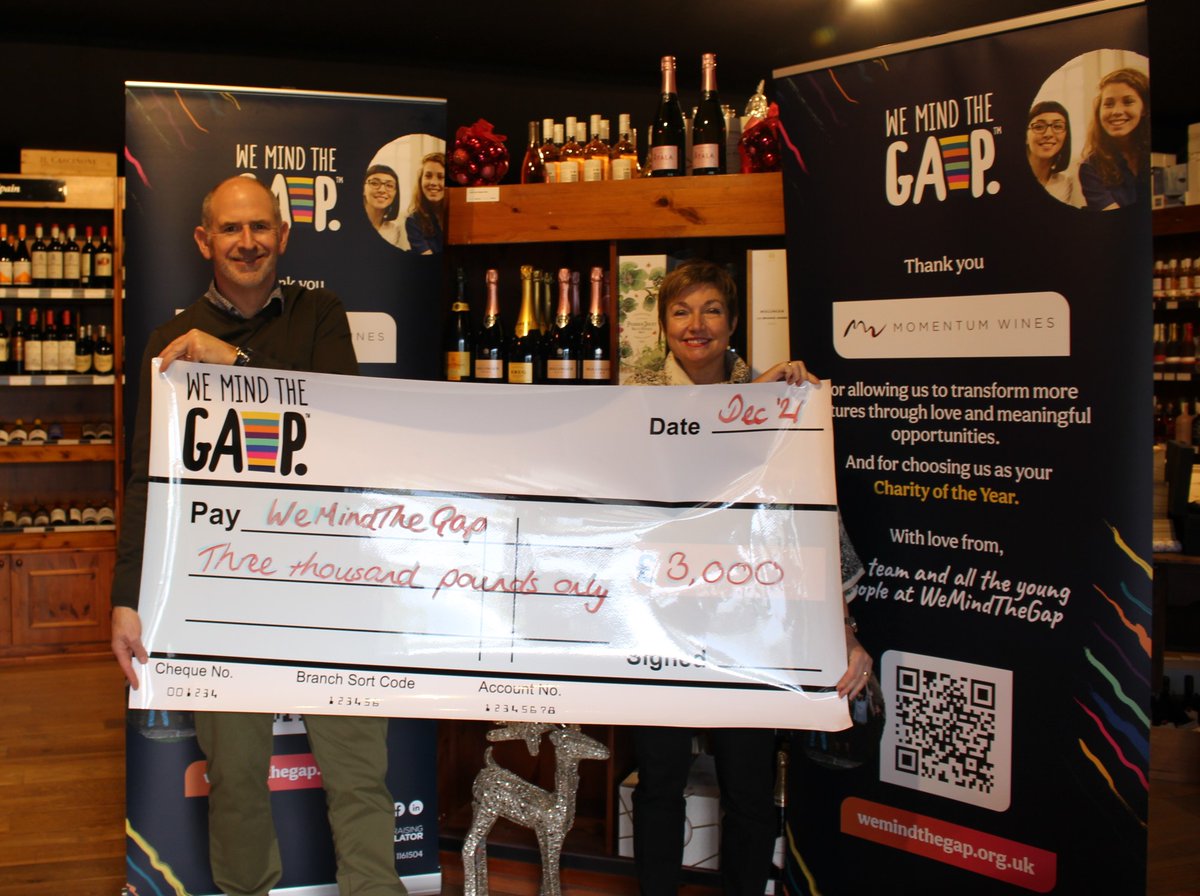 WeMindTheGap ·
@WeMindTheGapUK
‘Celebration’ is one of our WeMindTheGap values, and within that we include saying ‘Thank you’. Our Wrexham First Mate, Penny, went to visit Dawn Pavey at @XploreScienceUK to do just that – and presented her with artwork designed by our gappies to show their chosen team values. https://t.co/GqQPWe9Gav
View on Twitter 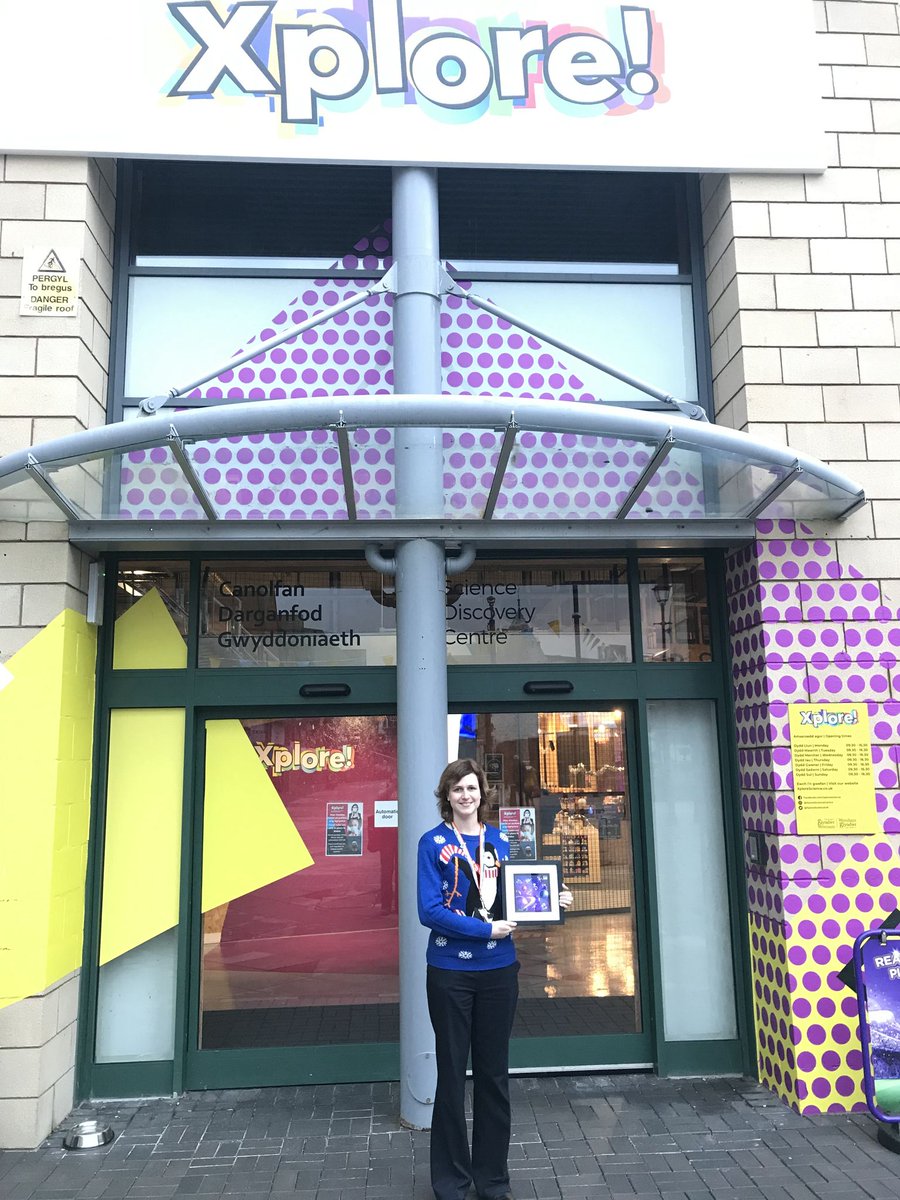 WeMindTheGap ·
@WeMindTheGapUK
Are you sitting on the sofa watching Disney films and eating hotdogs?
Us too! We support our WeBelong Gappies all year round, and that includes this week.
Penny hosted a drop-in session for any of our Gappies wanting a bit of company this week at our hub.
#charity #wrexham https://t.co/gYkR9Px3dJ
View on Twitter 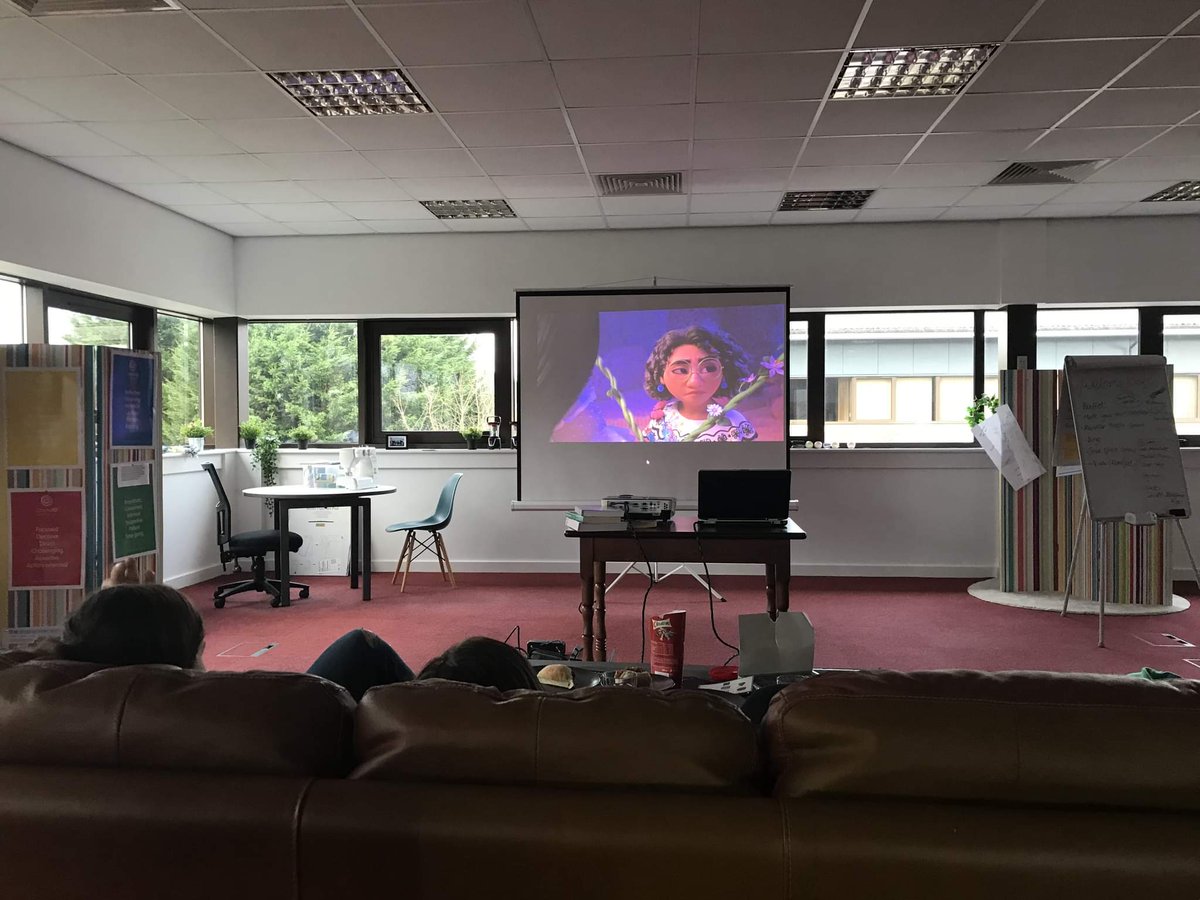