Alan Noone celebrates his 75th birthday challenging himself to a 75-hole marathon at High Legh Golf Club, raising and donating over £2000 to WeMindTheGap.

High Legh Golf Club hosted a fundraising event this month to support the work of their Charity of the Year, WeMindTheGap.

Alan Noone, former drummer for the band The Riot Squad, celebrated his 75th birthday by taking on a 75-hole golfing challenge. His challenge consisted of four full rounds of golf, plus an extra three holes added to collectively play 75 in the space of one day. Alan’s challenge began at 5am on the 9th July and lasted into the evening. As part of his challenge, Alan walked over 20 miles around the course, as his family, friends and guests followed with his clubs in a buggy. His marathon ended with a celebratory evening event.

As part of The Riot Squad, Alan toured with The Beatles and played his music all around Europe. He features on the front cover of the book Some Other Guys: An Anthology of ‘Some Other Groups’ That Helped Create the 1960’s ‘Mersey Sound’.

I’m doing this for rock and roll and for High Legh Golf Club’s Charity of the Year, WeMindTheGap. This is for a very worthy cause and will help the charity to continue to transform young people’s futures.

Alan received incredible support, raising and donating £2,400 to WeMindTheGap. The team at the charity said,

We would like to say a huge thank you to Alan for taking on such a big challenge and donating all raised funds to WeMindTheGap. We are so grateful to everyone who supported with a donation, allowing us to continue to transform the futures of more young people.

The trip to Chirk Castle’s main aim was to push the gappies out of their comfort zones, taking part in activities they haven’t done before, to demonstrate how far they...

WeMindTheGap in partnership with Cheshire College – South and West

Serena will be joining the WeDiscover programme as a Virtual Mate. WeMindTheGap currently provide unique programmes for young people across North Wales and the North West. Our programmes are truly...

We are so proud that our founder & chair Rachel Clacher is a winner in the @womanandhome Amazing Women Awards 2021 ❤ https://t.co/7f51PQiB06
View on Twitter 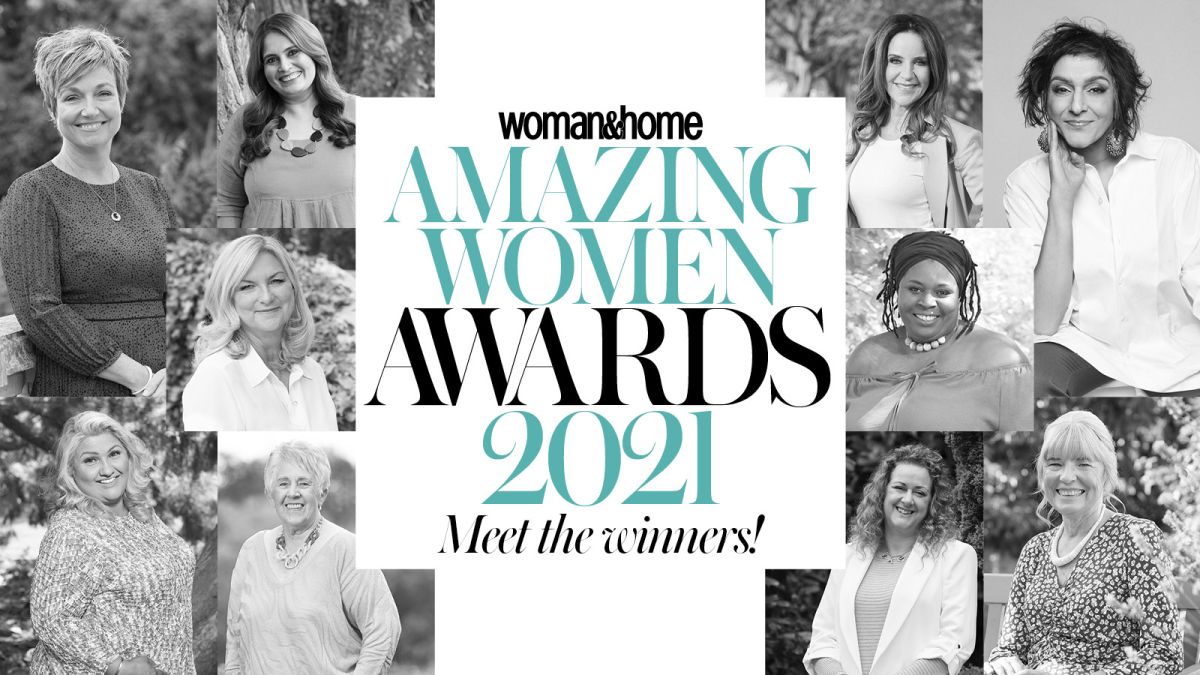 Our programmes offer young people a chance to change their future. Here's what gappie Lauren thought of her experience on our WeGrow programme.

You can find out more about all our programmes over on our website https://t.co/WjjtiYugMp 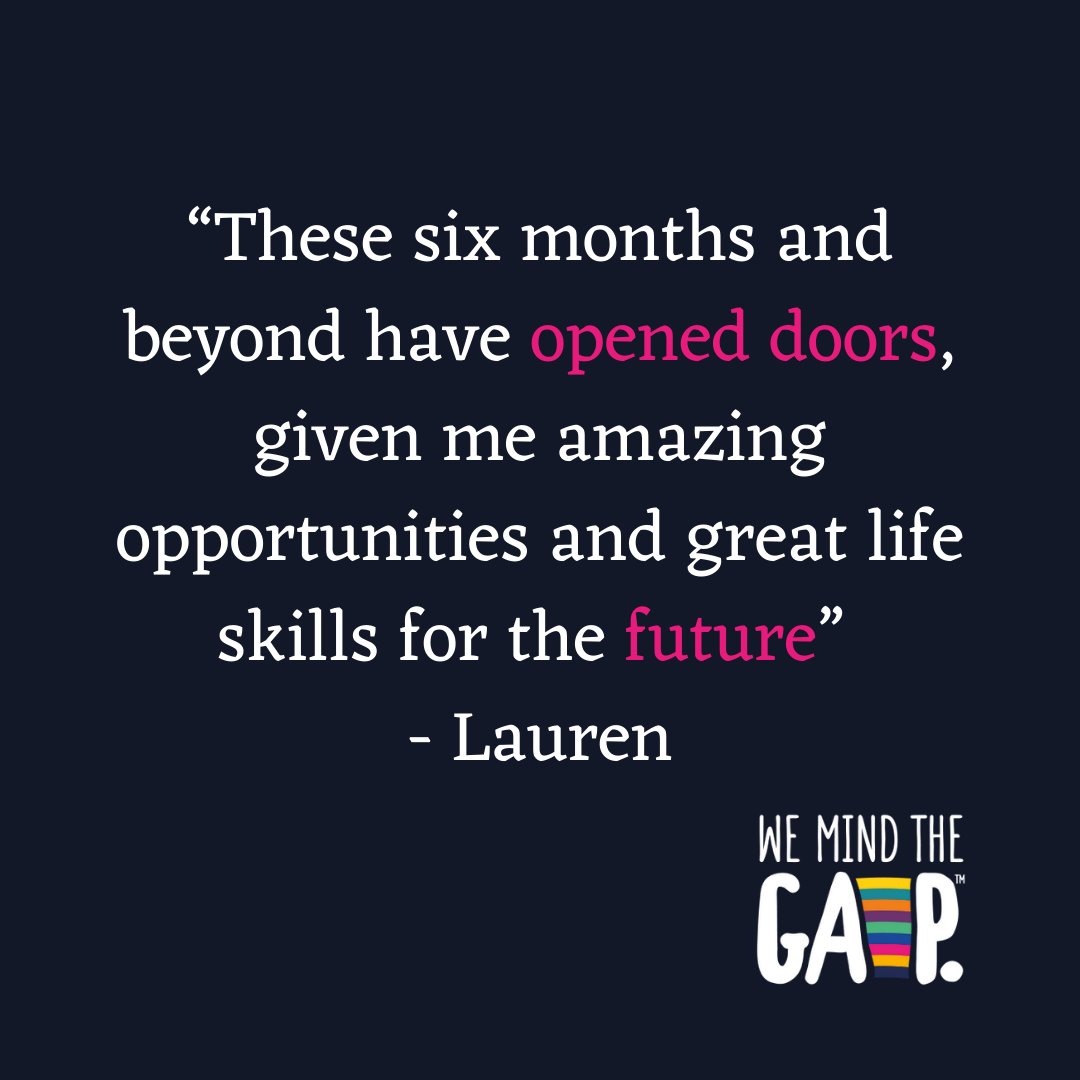 Employer Partners are a vital part of the village that we create to support our young people. From providing work placements to fabulous role models to sponsorship, the opportunities that our employer partners offer change futures.

Read all about it over on our website https://t.co/8CplvhPNHL 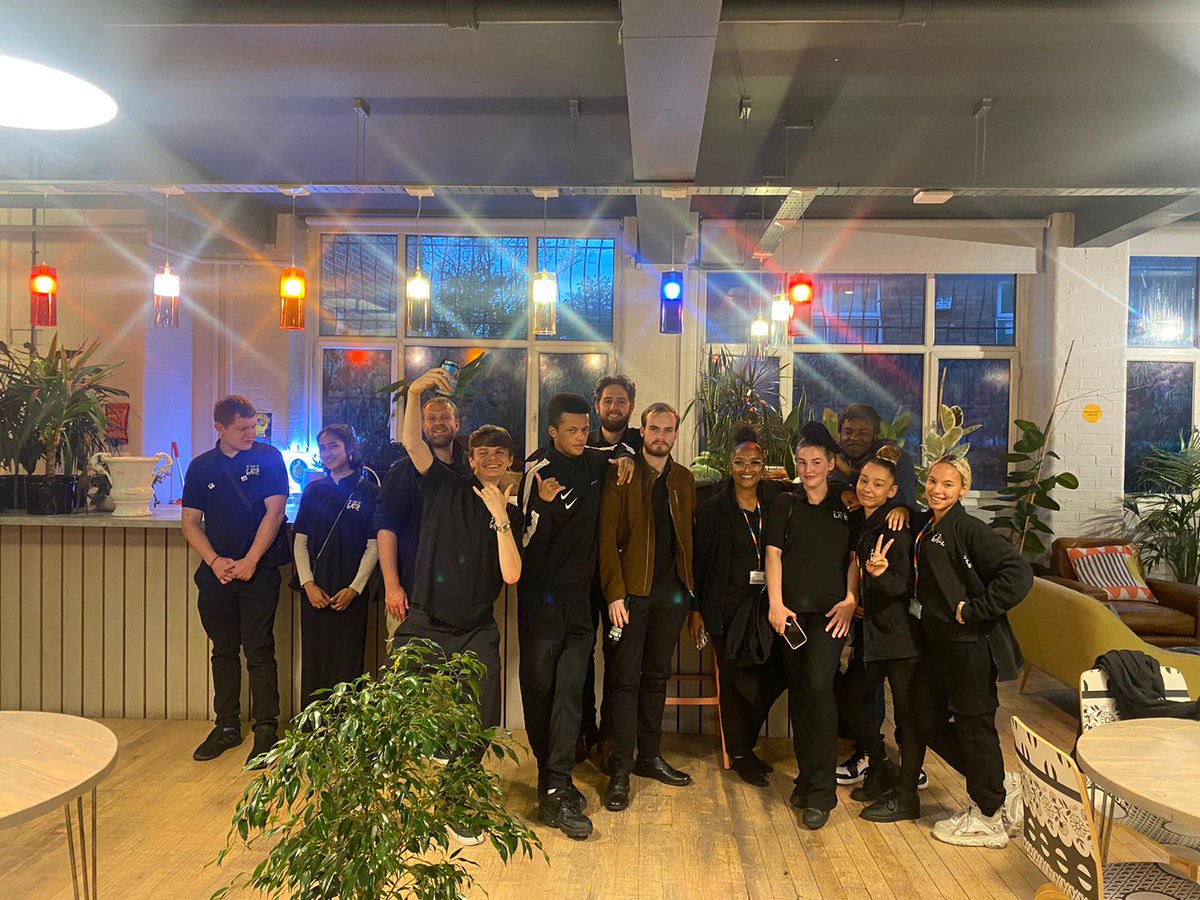 So very proud Iqra from our Manchester programme has been shortlisted. Another great achievement for one of our gappies 💚 https://t.co/5IQ8iB54wl
View on Twitter

After an exceptionally high number of nominations, our judges had a tough job choosing this list, so a huge congratulations to those who made it 👏 #MYTA21

We are excited to announce the launch of our WeGrow young men's pilot in Flintshire this October!

Are a young man interested in hearing more about the programme or do you know of a young man who may benefit from the programme, contact Mark 07999405039 / mark @wemindthegap.org.uk https://t.co/QOyYMO7OOx
View on Twitter 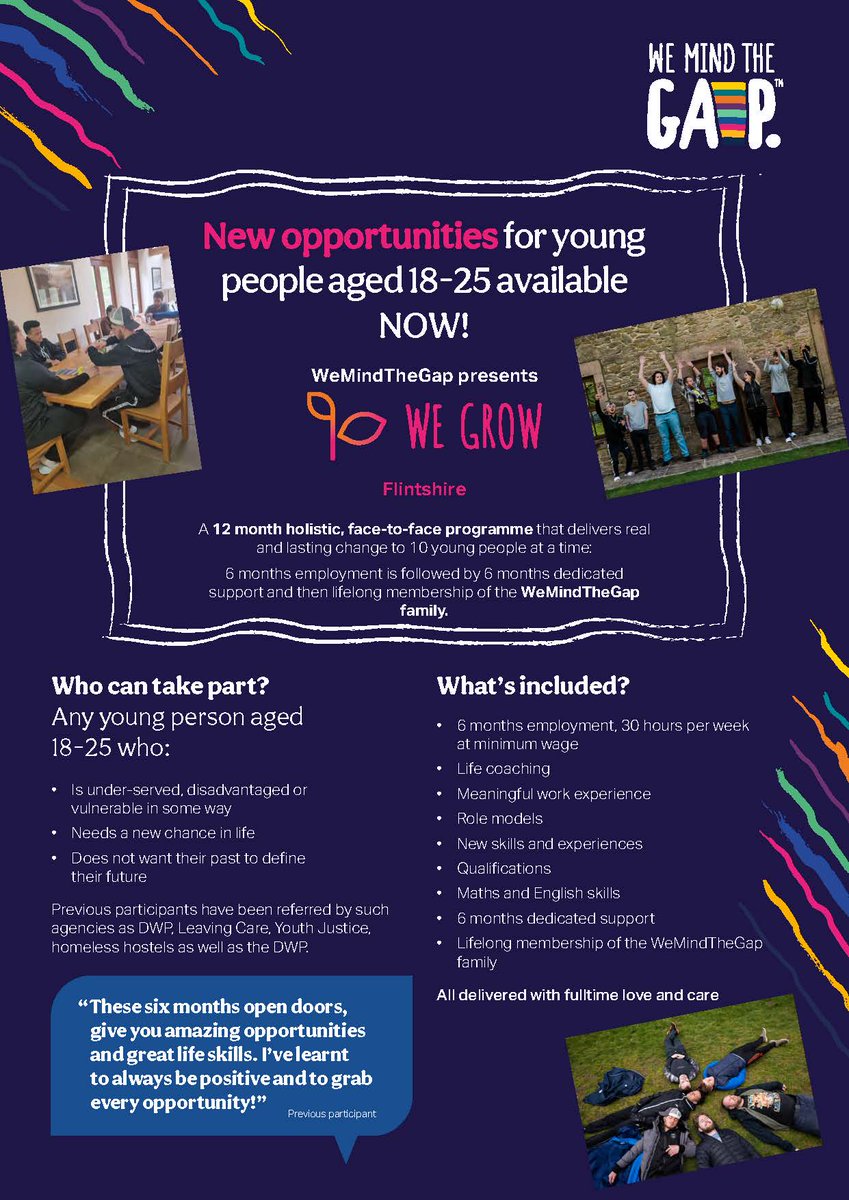